There are a number of valuable checks that I should do every time I make a change to this site, things like checking for broken links and misspelled words, catching build warnings, locating orphaned pages (those that exist on disk but aren’t linked) and confirming that my build environment is correctly versioned. I’m lazy (or busy, or both) so while those things might be valuable, unless someone or something does them for me, they’re unlikely to be done regularly. Fortunately the nature of these tasks makes them great candidates for automation.

Recently I wrote about switching my wordspeak deployment scripts to fabric and I’ve been gradually extending my fabric fabfile to include these validation checks. Here’s the output from my most recent deployment, showing:

You can see that Fabric is doing all the donkey work, and I’m left to confirm a few (temporary) oddities and make a final choice to send the change onto the live site. It’s very satisfying. At some point I’ll probably extend it to do W3C validation of the HTML and RSS and as I don’t know a way to detect JavaScript errors, I could use it as an excuse to learn how to write selenium tests. I regularly trigger warnings even in its current state, though, so it’s value is clear.

I consider these sort of tasks to be the unit tests and static validations for my site, and apply the same sort of mindset as one would with other checks of this type. Namely:

The source for my fabfile is on github

It’s amazing how much there is to read, and the pace at which great content is replaced by more great content. Here is some of the gold from February:

Fabric has caught my eye as a deployment tool several times over the last year or so. Each time I’ve seen it, my thought has been that it’s a attempt to replace something that doesn’t need replacing, namely the venerable unix shell script.

Fabric came up again this week in an article by the NPR application team 1 and on this occasion I saw that they were solving a similar problem to one that I recently solved with a shell script. The authors seemed clear-headed and not prone to fads so I thought I’d take the opportunity to duplicate my shell script functionality in a fabric fabfile.

I must say that I was impressed. The fabric tutorial is very well structured and allowed me to get results quickly. Within a few hours I’d git-rm’ed my shell script and the build-version_control-test-deploy cycle for this site is now handled by a fabfile. While the fabfile is the same length as the shell script, I think it’s far easier to read and allows partial deployments (reminding me of make). I particularly like the innovative use of context managers as it removes one of the key problems with deployment scripts, that inadvertently modifying global state can cause unexpected downstream side-effects. Well done, Fabric developers.

I don’t plan to replace all my shell scripts with fabfiles, but I’ll seriously consider it next time I need to write a script.

The state of my workspace affects my state of mind. Perhaps I shouldn’t find it hard to write code when there’s clutter, but until I find a way to cope with it, I’ll continue to have occasional cleaning frenzies and purges. One such event happened last week and I’m pretty happy with the result. 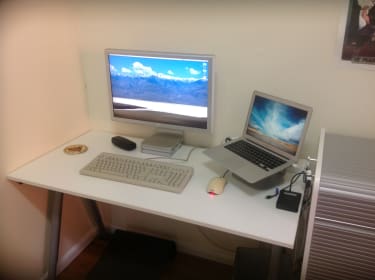 Most items in my workspace are like old pairs of jeans. They don’t look as good as those in the shops, and maybe aren’t as flash, but they’re comfortable and do the job well. I use a decade-old mouse, a keyboard from the mid 90’s, a monitor from 2005 and an aging MacBook air and while they’re functional, they leave something to be desired in the cable clutter department. As I’m not going to replace them, I need to deal with the clutter in another way. 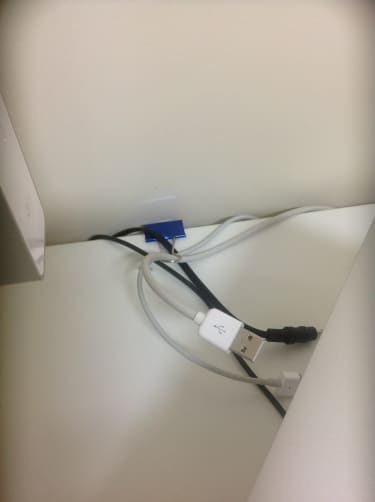 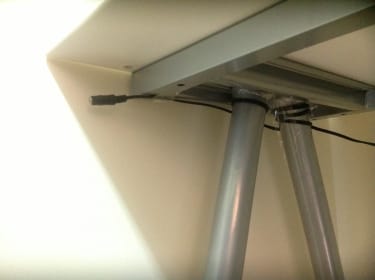 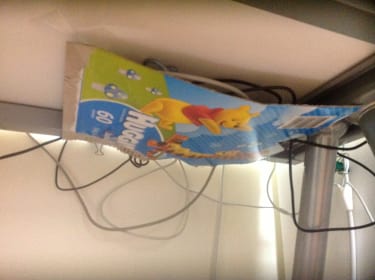 Now I have a clutter-free desk, without even visiting Ikea.

Last month I moved from having a dynamic WordPress blog to having a statically built blog generated by Nikola. I wanted to preserve the WordPress-style post and RSS URLs when I migrated and while I could have manually created redirections within Nikola, I thought I could do better through web server directives.

My WordPress installation generated posts URLs in the form http://wordspeak.org/yyyy/mm/dd/some_post_name. After using the WordPress importer in Nikola, that post now exists at http://wordspeak.org/posts/yyyymmddsome_post_name.html. I noticed that Apache RewriteRules didn’t play nicely with the relative paths that Nikola generates but I found I could achieve what I wanted with the Redirect family of directives.

Here’s a snippet of my Apache .htaccess file to handle these redirections.

Hopefully someone will find this valuable.